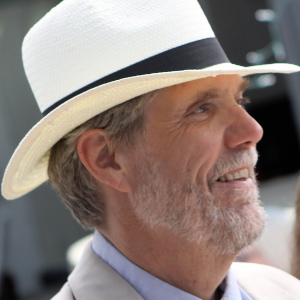 Michael Schulkins writes humor and sci-fi novels full of phantasmagorical fun! His most recent series, Mark Twain on the Moon, explores the inimitable style of Samuel Clemens in a steampunk alternate history. Other novels include the out-of-this-world political satires Up A Tree: A Jobs and Plunkitt Galactic Adventure, Beltway, and the comic crime capers Mother Lode and Sting Suite.

Michael spent most of his life in California, but has recently escaped with his wonderful wife Helen to the wilds of Arizona. He attended several universities and eventually emerged with two degrees in physics, one in music composition, and minors in math, political science, philosophy, and poker. He subsequently spent twenty years teaching physics, and now writes fiction full time.

His work can be found here at michaelschulkins.com, marktwainonthemoon.com, and at Amazon, Audible, and other book retailers. All of Michael's books should give you a good laugh, but they may also make you stop and think.

What prompted the idea for Mark Twain on the Moon?

The idea was inspired by Mark Twain's travel writings, and Jules Verne, and I wanted to see if I could "do Twain." You'll enjoy it if you like 19th century writing and sensibilities, alternate history, steampunk, guys in space suits, a good story, and a good laugh.

So, how do they get to the moon in the 19th century?

I love the idea of the 19th century in space, so I ‘invented’ a device called the resonance engine that uses interfering magnetic fields to dissociate molecules (of, say, water) with almost no energy expended. Then I used that to make a water fueled rocket engine, which is how Mark Twain gets to the Moon. The same technology allows people to live on the Moon, since they can easily liberate oxygen from water, or even from rock.

Got any favorite quotes to share from Mark Twain on the Moon?

Yes! In fact, here they are as handy shareable images: Mark Twain on the Moon Quotes

What’s the best thing about being a writer?

For me, writing is an adventure, an excursion into unknown lands where anything can happen, and usually does. I may start out with some idea about where I am going, but the trip is always full of surprises. And of course, the most exciting part is meeting and getting to know the strange and wonderful characters I encounter, which is why dialog is my favorite part of writing. My characters say the darnedest things.

What’s your advice for aspiring writers?

Write, write, write, and then write some more! You won't know what kind of a writer you are, and whether you even want to write at all, until you've written 50 to 100 thousand words. And here's some more explicit advice: Until you get as good as Patrick O'Brian, everything you write should be set in a recognizable place (a scene), have the consistent viewpoint of a single character, and show people doing things and talking together. Sounds obvious, but many beginning writers fail to do this.

Are you a fellow author, publisher, or in the independent writing business? I would love to discuss ways we can get the word out about great fiction by independent authors.

I am also available as a guest for your podcast, talk show, blog, or event! My interests and areas of expertise include humor & satire, sci-fi, writing novels, education, and politics. Send me an email below: